A travel Journey written by my mother.

Visiting me in Berlin.
Nice pictures and some context to it.
(written in German) 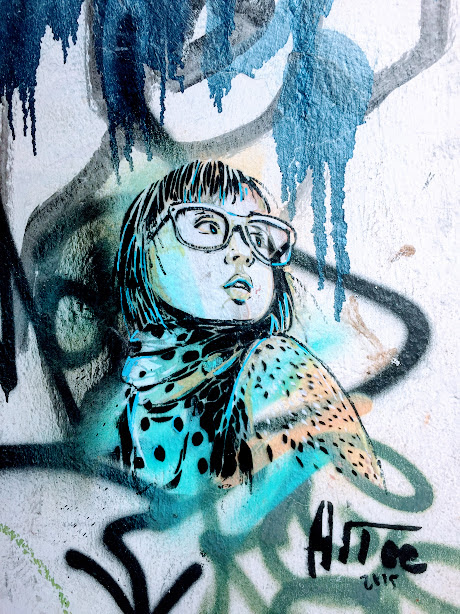 Struggling with the progressing

5/8 is done
I got a lot of mixed feelings about this one tough
its not as easy for me to finish somehow
I also wish I could share it with you guys via Arcade.
But the hmtl5 version is totally fucked up and doesn’t work at all.
It seems to handle a lot of behaviours totally different than the editor and mobile versions

I find myself a lot of time comparing the game to my last hit game „creepy“ and forcing this game to live up to it. Putting a lot of pressure on it.

Doing a lot of work and then deleting it again.
For example I had 2 levels already in coded where the wizard was young and followed the white rabbit in the magic temple to learn the cloud and fire spell.

I deleted it all because I didn’t like it.

they tried to robb/pocket steal me today. Acting like a blind man that mistankly rammed me from behind while a second guy was approaching/distracting me in front acting like these guys that sell you newspapers. I just kept my hands in my pocket and kept cool. Went out with no loos and no harm. I also didn’t get it in that situation and really believed it was a blind person. Later realised what happened by analysing the situation. Specially by realising that the newspaper guy just 5 seconds later tried to sell a newspaper to the blind rambock. Anyways crap feeling..
Bild

Can the prince get rescued by the princess? #ShaCat gives the answer and breaks all norms!

Sha Cat – The face of the marketing campaign

I am a nerdy game designer, fantasy role playing games like Diablo 2, World of Warcraft and Final Fantasy 7 are my background.
But the mobile market is casual, so I have to align a little bit and in my deepest core I am happy about it too.
My girlfriend always reminds me if something looks to nerdy and helps me to keep the cute and elegant touch. I’m getting better at it but still a way to go. Ah, jeah that’s a photo we took in Berlin this girl is the face of the Sha Cat marketing campaign.

„Once upon a time there was a little girl in a big city, who was challenged by #ShaCat… Are you also ready for the#challenge?“

Sha Cat for your iPhone, soon!

The magic story with Sha Cat begins in Berlin…
It’s rumoured that, she’s coming to your iPhone at the end of April…

„Ditched! This sweet puzzle game is coming soon to your iPhone!“

Production history
Since a little over a year I have been working with two friends of mine on a puzzle game for a younger audience. It stars a cute sheep and squirrel in a sugary world. We worked on it in our private time after our regular jobs, so it took a while, but it is now coming close to being released.

Software
The game has been built in Construct 2, not in Gamesalad which I do my games with…

…and for one very good reason:
It has a polygon editor for your 2d Graphics, which lets you paint in the bounding box with single points and achieve a much more complex and accurate collision model than with Gamesalad.

But I also have to mention that the community and the tutorial material around Construct 2 is very weak compared to that of Gamesalad. Also, it seems much more difficult to actually release the game to the app store, which we can hopefully manage to figure out.

The Game
The goal of the game is to get the sheep out of different ditches which he repeatedly falls into every level. For this challenge you have the control over a mechanical claw, which you can move through varying ditches with different gameplay puzzles and timing challenges: Magnets that make you stuck or repel you away, grumpy crabs that will cut the sheep or the claw’s wires, and even magical firebreathers which will burn you if you’re not careful!

There are 3 different worlds, each with a bunch of levels to play:
– Bubblegum Barn
– Sugar Shore
– Cupcake Castle

My Role in the Team
Initially I was supporting the concept phase of Ditched, but slowly I slipped more into the business-, PR and marketing roles. I also helped drive the development forward by mentally supporting the developer with his work.

Have a nice Sunday!
David