What is this article about?
I describe a subjective experience I had on a large amount of (22g) of the strongest legal available magic truffles. 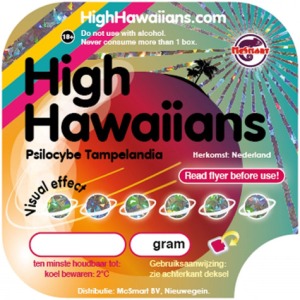 This is what was shown to me by the mushroom, surrounding influences and my mind – while I was In this state. 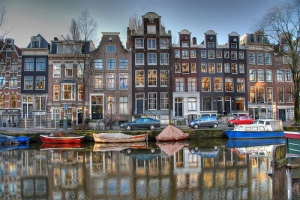 I was one week in Amsterdam together with my girlfriend, my brother and his friend. I had a very strong experience on magic mushrooms which I want to share. We bought them at a local store, the strongest one for 25 euro per 22g box. We were told 1 pack per person..as we later online figure out one pack is enough for 3 persons.. We walked for quite a while to find the perfect green spot, a park a little bit away from the Amsterdam central.
Surrounded by ducks and varies birds we placed ourself close to a small lake on a grass spot. My girlfriend took 1-2 small crumbles the rest of us ate the full boxes. Which is a very high dose…

Beauty awakes:
We were starring into the sky while waiting for any effect. My girlfriend left us alone what I think was better since she wasn’t on the same frequency at this point and wouldn’t have been able to understand what we go trough soon. I think it started similar to the effects experienced on weed/hash eatables with laughter and good mood. Then colors became vivid and beautiful, the reflection of the sun on the water and the reflection of the sun through the water back at the surroundings became magnificent. But it was cold there on the ground so we decided to sit on a bench which was close so that my girlfriend could find us again. That’s were the mushroom started unfolding his real magic. 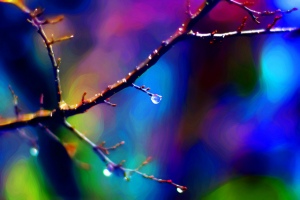 Mother nature – is so happy that you recognize her
The trees in the middle of the lake on a small island started to become one, and it was alive and waving happily towards me, happy to be recognized as living form. It was like a mother warm and cuddly but I was also repulsed of her because I want my independence. As longer I focused on her the more she revealed her secrets, I saw geometric patterns coming out of branches and leaves. I was locked in a kind of tunnel vision towards it and the information around was growing. But then my brother and his friend interrupted me by poking my shoulder and face in order to get the attention either on them, or away from the tree knowledge or they just wanted to check if I’m still alright. But it any case it broke the connection there and the information was fading away.

Seasons of life in a rapid fast forward mode
It was switching between sunny and clouded weather, in my state it felt directly like the seasonings of life and I was passing through them rapidly. At one point I felt like my father – looking through his eyes. I became tired and more tired I felt as I just went throughout 100 of years and I’m now ready to die, I actually looked forward to have a final rest and peace. 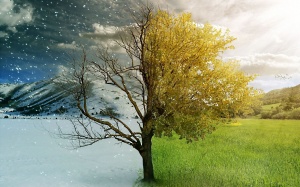 I closed my eyes and decided that I could just stop my heart now and end it. So I did and a big blackness came I just went right into it and in this moment an energy wave emerged out of my heart and was waving through all this layers of dimensions I had sunk into. And it vibrated me back right in the here and now. It became totally clear for me that having no experience is not possible. It is a loop of sleep/death and life, there is no end to it.

Dream and Reality Mixed
3 days ago I had a sober dream of an wooden house with 3 snakes, in it one of them had my brother in it’s mouth and my brother was already half swallowed. In the dream I took a knife and cut him free. In the park his friend became the snake and my brother a bird in his stomach, my brothers name is also Robin, which is a bird.So I went through deadly fear but I had to approach the snake, I just was so afraid of her I couldn’t do it in the first waves of the notion. But at one point I summoned courage and approached him (brothers friend) verbally and he made all this snake noises and laughed. But after while it felt like he became friendly and robin laughs and a small black bird approached us, like symbol of approaching freedom, the snake friend pushed the bird away with his feed. (not hitting it)
After a while I shared the snake story more clearly with my 2 companions and they both meant that I had a snake in me all the time. „The snake was all the time in you!“  Also while sitting there it felt like I can adapt my body to the cold or warmth, becoming cold blooded or warm blooded being. After a while we moved forward to more sunny bench totally forgetting that my girlfriend might will search us.

In the reptilian mind – start of consciousness
Life – Death – Life // I was heavily switching between dieng and living and i felt like being at the beginning of consciousness.
In the beginning the process of the consciousness were much more simplistic but also hectic and unwanted.
For example I was alive than dead, I already experienced it so there would be no progress to redo it. So It saved this information like   (1 / 0) Experience and the next time(next live) I would not directly kill myself I would play with what I already had experienced. But the awareness that I would kill myself or get myself at one point was there. The symbol of the snake eating its own tail came to my mind.

It felt like death is the ultimate fear but by going through it you will just see yourself smiling and waiting for you. So what we did as early life forms was using information like (1 / 0) and row it behind each other like (1/0)(0/1)(0/1)(1/0)…..

It felt like building a snake tail, a tail of experiences. I also had the image of a string that starts to move wave like, just like a snake moves forward.
And that this is one of the earliest life forms I could absorb from the experience.

It was a very scary time because it was heavily about life and death, there was no rest and I did not like it. So I was continuous surrendering and with this I became more and more able to move into the direction I wanted to move since death would not stop me, I already knew death enough to walk into it with a smile. This smile, a positive attitude and the will to choose formed in my head faith and live became more and more about joy and experience and less about survival.  We didn’t talk with each other during this experience but my brother said during this thought train „This is how self confidence is created“. It’s the trust in the self in every living creature that we know at the bottom that its not about surviving its about moving in the direction we choose.

Tendency to death
One have to be very careful during a mushroom trip, not because you start to think you can fly how media likes to put it. No it’s because death is less scary because you are directly connected to it, it becomes a valid option. And if the only thing that had hold you alive was the fear of death you will be free to go right now. So I would only suggest to do mushrooms if you 100% want to live and your honest about it to yourself and not just think you want to live because others have told you too. Or have someone sobber with you that watches over you. I had the feeling that the one friend of my brother all the time wanted to walk into trouble and potential death. He yelled at a passenger and then we had to calm him down  and he wanted to walk to a group of man and make trouble we had to hold him back, less physical more with our minds and words. It’s really not for everyone how it seems.

Greek philosophers
Now clearly above the primitive reptilian mind we were walking through the sunny park looked at people enjoying their lives I felt like a greek phylopsher walking through greek gardens. Enjoying proudly what we have achieved and were we have arrived, thinking about creating libaries and museums to teach the future about the past so it has not to be repeated. And the other 2 guys behind me appeared human too and had become a part of the greek phylospher snake tail. 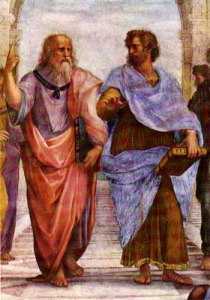 Alice in Wonderland
My girlfriend came back and we were walking through the park which appeared like a great labyrinth now and in the moment I thought labyrinth a bunny was on the grass walking down the rabbit hole. Here I have more blurry phases than in the parts before. But I can remember all four of us sitting on a bench my girlfriend was eating some snacks and appearing to me like the girlfriend of tim burton and all of us were like fantasy characters starring at the beauty around us. A really nice fairytale moment in a wonderland.

The eyes behind the visible dimensions
This happened much earlier in the trip but somehow I placed it in this text here later to make more sense out of the rest.
All visible objects in front of my view where moving apart from each other lightly, not completely and I saw many eyes behind the known dimensions starring towards me/us. 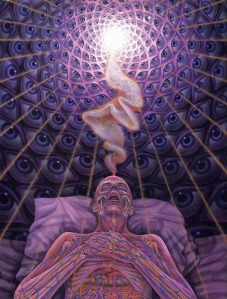 There was the feeling that we are their experiment but they are also us. Like we had split ourself into a creator and experiencer. There was a voice that asked “ Is it now as you wanted it?“

Final Conclusion
There was more stuff about huge beings, worm and creature like fighting over resources that also includes us humans or an experience of being in a cocoon and we have to fight our way out into the next stage of being, or flower out. You account happenings as your doing since its all you, coming out of this is a Mind to mind connections, you think about something and someone around you talks to another person but the phrase directly answered your internal talk. So it is like a higher self talks through everything around you directly with you. I’m a very rational being I do programming and art and create video games but this does not change the fact that I experienced all of that.
Overall I think it was a intensive incredible scary but also extremely alive and beautiful experience I want to do again. But then in my room with nice music, relaxed. I also made a video where I talk about it.