So Facebook bought „Occulus rift“ for 2 billion dollars. Is that a good or bad? 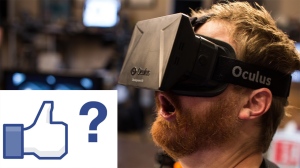 What the hell is occults rift?
„Occulus rift“ is a virtual reality device, 3d glasses as you may now it from the movie „The Lawnmower Man“. 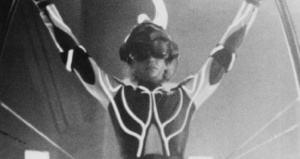 These high end technology goggles enable you to emerge into 3d worlds by gaining a 360 degree view. Which translates your own head motions smoothly as never before. It all started as an indie kick starter project and quickly gained a lot of attention by dozen’s of investors and believers.

I heard about that virtual reality stuff before..didn’t really worked out..
Occulus rift obviously is not the first of its kind but in past the technology behind the 3d glasses was not efficient enough to guarantee a fluent conversion of head position into the virtual world. Now it is.

My personal experience with this magical new device
So there are a few demo’s I could try out a few months ago, one of them was sitting in a roller coaster. 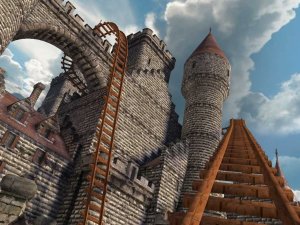 I must say it is an trip worth having, you totally are thrown in this other world. Except you don’t yet have the wind blowing into your face..
The ability to look around fluently in each direction you want, with seeing no way out of the virtual world creates a believable world in which you can immerse yourself.

What ever it does not yet work for the traditional type of games, where you move with mouse and keyboard in a 3d space, simply because your head is not used to receive movement commands from your hands. You will get nauseous.. I didn’t believed that (because I’m tough) but after around 10 minutes I had to stop it.

I see an early successful future for experiences where you don’t move, like siting on a chair while things around you happens or you are moving automatically as for example sitting in a mine car driving through a spooky gold mine, or being placed in a wooden cracky boat slowly cursing through a Jungle swamp.

Facebook owns it now!
First of all, for most gamers this sounds horrible because Facebook is the enemy. Farmville and similar games are more considered to be business models with game elements then the other way round and shine a corrupted light on our beloved games. Also Facebook appears like a big predator eating the innocent crowdsourced baby, which was just about to to do his first steps.

But to be honest if I would have the money I would have bought them too, everything else would be stupid. Think about the potential in the hands of Facebook, ok the device is cool but it is also nerdy as hell. You would never reach the mass market as effective as Facebook potentially can.

I look forward for any kind of virtual reality experiences/trips.